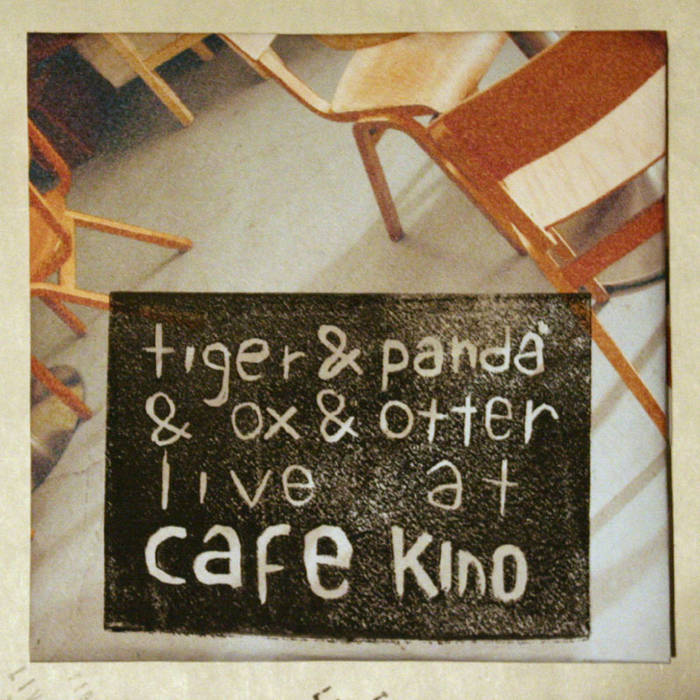 The night this record was made was something special. One of those times that you get so rarely in life when you can't think of anywhere you'd rather be or anything you'd rather be doing. The atmosphere in the basement of Cafe Kino was cosy and warm (thanks to the large crowd mostly -it had been freezing during setup), and it felt like the whole room was willing the performers to do well.

Henry Ireland and Olly Watson have been my friends for a long time and I am extremely lucky that this is the case. From the outset of this record, you get a taste of what their music is about -at once intensely personally revealing and incredibly shy. The way Henry introduces the concept of the evening and then instantly rubbishes it reflects their style of serious ideas and high concepts refracted through a prism of “let's not take this too seriously, eh?”. Their music is always both serious, but in its own way, not some poe-faced reallyfuckingartisticactually way that often comes out of the independent music scene.

I recorded the performance in a pretty simple way: 2 large diaphragm condensers in a mid-side stereo pattern. This works by combining the signal of one mic in cardioid pattern facing the front and another in figure of 8 pattern facing both sides. You double up the figure of 8 signal and invert the phase of one of those. Through magic I don't understand, this creates a nice, wide stereo field with a strong centre. I also had a boundary microphone on the back wall of the room to add extra detail (this comes into its own in the noisier parts of the show, when it really picks up the delay repeated keyboard bass notes), and took a direct out from the mixing desk to give me a clean vocal signal. The direct out is what means we can actually hear the boys' lyrics, and is the reason I had a tear in my eye at the end of the show, having been one of the only people in the room who heard exactly what Henry was saying in the midst of the music.

I am immensely proud to have been a part of this and I hope that I am allowed to record many more Tiger and Panda records in the future.

This recording was made on the 28th of April 2012 in the basement of Cafe Kino, Bristol, England as part of ‘A Year With Henry Ireland’, a year-long artist residency. It was ‘mid-side’ recorded by Phil Dodd onto four-track cassette.

you can learn more about the evening here: elan-zine.blogspot.co.uk/2012/04/this-photo-may-have-been-taken-by-phil.html

polite records was founded in 2005. It is not an example of the best of anything. it is just a catalogue of the projects of, or connected with, the three people who run it: phil dodd, henry ireland and olly watson. if you are looking for a label, we suggest that you start your own. it is easy and you can get in touch and ask us for tips if you want. ... more